Through emotionally compelling performances and installations, James Luna has dramatically expanded the language, territory, and possibilities of Indian art. His work—infused with humor, irony, and penetrating insight—confronts and challenges commonly held perceptions about Native Americans. Emendatio was conceived for and first presented at the 2005 Venice Biennale. Emendatio is a Latin word whose English translation is emendation: “the act of altering for the better, or correcting what is erroneous or faulty; improvement; removal of errors or corruption.” Luna’s work pays homage to Pablo Tac, a Luiseño Indian—the same tribe as Luna—who in 1834 came to Rome from the San Luis Rey Mission in California to study for the priesthood—and to be studied by others. “Emendatio” is a word that Pablo Tac himself may have used when he attempted to correct errors in the way Europeans understood his people. Luna's project collapses the time between 1834 and the 21st century, and the space between Italy and California. It claims Venice as part of Indian history, and in so doing demonstrates a belief held by James Luna and other Native people: that every place is a Native place. 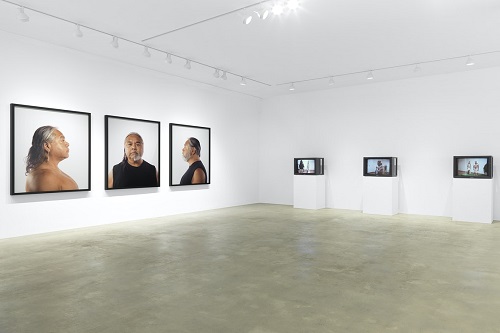