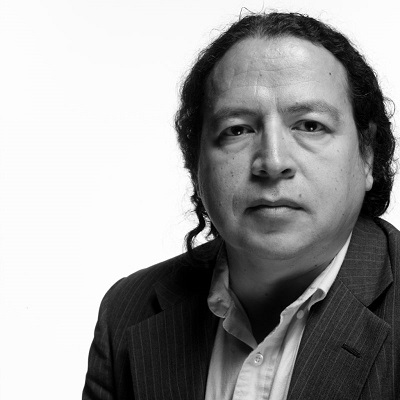 Paul Chaat Smith is a Comanche author, essayist, and curator. His work explores the contemporary landscape of American Indian art and politics.

With Robert Warrior, he is the author of Like a Hurricane: the Indian Movement from Alcatraz to Wounded Knee(New Press, 1996), a standard text in Native studies and American history courses. His second book, Everything You Know about Indians Is Wrong, was published in 2009 by the University of Minnesota Press.

Smith joined the Smithsonian’s National Museum of the American Indian in 2001, where he serves as Curator. His projects include performance artist James Luna’s Emendatio at the 2005 Venice Biennial, Fritz Scholder: Indian/Not Indian (2008), and Brian Jungen: Strange Comfort (2009).

Appointed Critic in Residence three times in galleries in the U.S. and Canada, Smith’s exhibitions and essays have explored the work of Richard Ray Whitman, Baco Ohama, Faye HeavyShield, Shelley Niro, Erica Lord, Maggie Michael and Kent Monkman. He has lectured at the National Gallery of Art, the Whitney Museum of American Art, and the Getty Center for the History of Art and the Humanities in Los Angeles. In 2017, he was selected to deliver the Eleventh Distinguished Critic Lecture by the Association of International Art Critics – USA. His most recent exhibition, Americans, opened in Washington in 2018 to wide acclaim.

Smith lives in Washington, D.C. His middle name is pronounced “chot,” has no hyphen, and rhymes with hot. Although Smith spends most of his time crafting game-changing exhibitions and texts, he also enjoys reading about the early days of the Soviet space program, watching massive amounts of televised sports, and writing about himself in the third person.

“How is it that Indians are present everywhere—in the form of place names, popular culture, advertising, sports team names, weapons systems—yet barely present in history and largely absent from the great national debates of our time?”

"We're only Indian as much as we're like our ancestors is something the museum has always been trying to challenge. And, you know, it's difficult. This is not a good time for complexity and nuance. We're trying to flip the script from the idea of just tragedy, this terrible past, to say–American Indians are part of the 21st century doing all kinds of interesting things. And the connections between American Indians and the United States are profound and deep. And it's not simply an issue of us being victims and the U.S. being the oppressor. It's much more complicated than that." 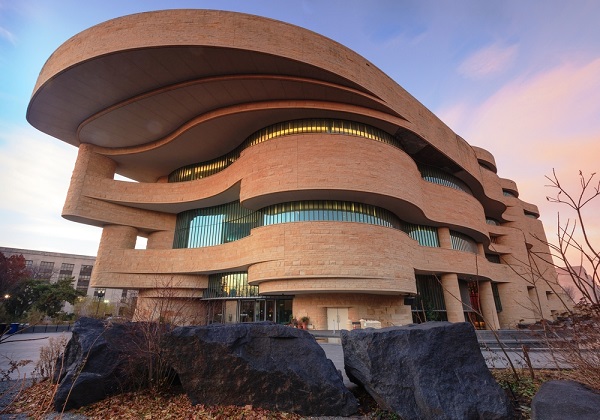